In verse 54 of Chapter 2, Arjuna asked Sri Krishna important questions regarding the nature of a person of steady wisdom abiding in Knowledge and how this person reacts in the realm of joys and sorrows, how he disengages from the world and how he reengages with it. A seeker needs to understand the answers to compare and contrast, to know where he stands, and to get tips on spiritual practices.

Reflections on the Bhagavad Geeta

The person of steady wisdom goes through joys and sorrows casually because he is not attached to it and hence doesn’t hold on to it. Joy/sorrow are the two sides of the same coin. If one is attached to joy, he is bound to suffer. Usually, we go up and down oscillating between these two always disturbed. For a person of steady wisdom, suffering and pleasure are the same. He is not disturbed by sorrows and he has no attachment to joy.

The man of steady wisdom is not caught in the web of rāga (attachment), bhaya (fear), and krodhaḥ (anger). These three are interconnected. Once we are attached to someone or something, we are always worried about the security of the person or thing. And with that comes the fear of losing it. And when we lose it, we are overcome with wrath. The saintly people leave all these three. The source of bhaya and krodhaḥ is rāga. The other two (fear and anger) disappear automatically when one is unattached. Such a sage who goes beyond the feeling of attachment is indeed a person of steady wisdom.

One who remains unattached under all conditions, and neither rejoices nor hates, his wisdom is fixed.

A man of perfect wisdom remains unattached in conducive and unconducive conditions without rejoicing or hating them and is equanimous at all times and places. A man of perfection is living in a different plane of consciousness altogether, he is in the state of oneness and is not tossed around by the changing circumstances of the world.

When one is able to withdraw the senses from the sense-objects, just as a tortoise withdraws its limbs into its shell, his wisdom becomes steady.

A person of steady wisdom is described as one who is fully satisfied in the Self; one who lives in equanimity in both joy and sorrow; and one who is unattached to rejoicing and has no hatred for suffering.

After the previous verses, a question may arise in the student as to how a man can withdraw from conducive and non-conducive experiences. Sri Krishna, being the great master is answering that question in this verse.

The moment a tortoise feels that there is a possibility of the slightest danger, it quickly and effortlessly withdraws all its limbs and doesn't bring them out until there is no sign of trouble. This is done very instinctively and intuitively with utter ease by the tortoise. Just like that, the man of perfection when he sees the enchanting sense objects, he pulls into his shell of wisdom and higher experience instinctively and intuitively with ease. Such a person is well established in a higher state of consciousness.

Seekers may restrain the senses from their objects of enjoyment, but the taste for the sense objects remains. However, even this taste ceases for a person upon seeing the Supreme.

As spiritual aspirants, we try to withdraw our senses, but rasa (taste) for sense objects is there in the mind. The wish of wanting joy from the sense-objects is very much intact. But for a man of wisdom who has experienced the bliss and fullness in Self-realization, the taste of joy from sense-objects is also not there. He understands that outside objects cannot be the source of happiness, so there is a complete cessation of taste for the sense-objects.

This verse is a warning to a spiritual seeker to beware while doing sādhanā, to not get tempted by the urges of these unmanifested tendencies. It’s only with Self-realization, the subtle unconscious impulses (vāsanās) will end.

The senses are so strong and turbulent, O son of Kunti, that they can forcibly carry the mind of a wise person who may be practicing to control them.

Even after practicing self-restraint of the senses, these are turbulent by nature forcibly taking the mind towards them. Even if the person is well-versed in scriptural knowledge putting effort and is sincerely practicing spirituality, these senses take the mind away. That is why in all the scriptural texts, one common practice prescribed is to control the senses. He whose senses are under control is a man of perfection.

Their wisdom is steady, who subdue their senses and keep their minds ever absorbed in Me.

As indicated in the previous verse, the senses can forcibly take the mind away. It is impossible to practice self-control without holding on to the higher (Lord) to let go of the lower impulses. In this way, when one masters the senses by focusing the attention on the Lord, one is well-established in wisdom.

While thinking about the objects, one develops an attachment to them. Attachment leads to desire, and from desire arises anger.

After listening to the above verses, a doubt may arise as to why we need to point the mind to something higher, not the sense-objects.

These verses clearly describe the ladder of fall when we point the mind to sense-objects. 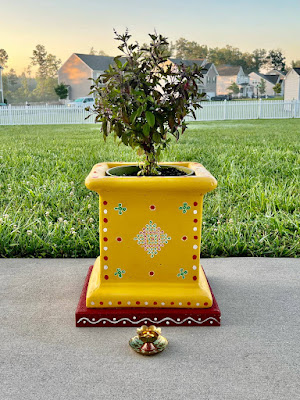 Do It Yourself - Tulasi Kota